THURSDAY, May 26 (HealthDay News) — Gibberish may come out of the mouths of babes, but their minds are able to form surprisingly sophisticated expectations about how events should unfold, a new study suggests.

Joined by colleagues across the globe, a scientist at Massachusetts Institute of Technology (MIT) has developed a computational model of preverbal infants’ “pure reasoning” abilities that accurately predicts their surprise at situations that deviate from basic rules of the physical world.

“This is the first time we’ve formalized what this notion of expectation is in terms of probability,” said co-senior study author Josh Tenenbaum, an associate professor of cognitive science and computation at MIT. “We’re quantifying surprise.”

The study is published in the May 27 issue of the journal Science.

Sixty 1-year-olds participated in a series of experiments that gauged how long they would look at animated scenarios that were more or less consistent with their knowledge of objects’ normal behavior. In one case, the babies were shown four objects — three blue, one red — bouncing around a container. After some time elapsed, the scene would be covered and one of the objects would be removed from the container through an opening.

Based on prior research showing that infants look longer at unexpected events, the study demonstrated they would be surprised if the object farthest from the opening disappeared when the scene was blocked very briefly, for 0.4 seconds. With a two-second interval, they showed surprise only if the red object disappeared first.

The computational model correctly predicted how long babies would look at the same exit event under a dozen different scenarios and varying number of objects, positions and time delays. This suggests infants reason by mentally simulating possible scenarios and figuring out which outcome is most likely based on a few physical principles, Tenenbaum said.

“There has been a lot of interest in the last five to 10 years in the idea that human brains, whether adults or children, can be understood as doing some probabilistic thinking,” he said.

The research is part of a larger effort to observe babies at 3 months, 6 months and 12 months, and map out their perceptions of the physical world, Tenenbaum said. Part of what MIT has dubbed the Intelligence Initiative, the “3-6-12” project was launched this year with the goal of deciphering the nature of intelligence and replicating it in machines.

Tenenbaum is in the midst of developing similar computational models of infants’ “intuitive psychology,” or their understanding of how people act. These models may potentially help scientists understand what changes in the human brain when a child develops autism, which often involves an inability to form appropriate expectations of social behavior.

“This would be a way of getting some traction on what may be going wrong in the first two years of life in these children,” he said. “It’s very speculative . . . [but] we’re laying the foundation for that now.”

For more on the development of the young brain, visit the University of Maine. 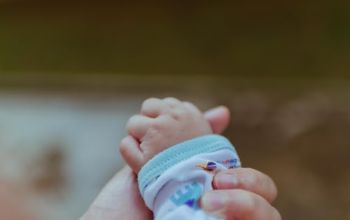