TUESDAY, Jan. 24 (HealthDay News) — After studying data on more than 3,700 pairs of identical twins, researchers from Northwestern University found that low birth weight was associated with more than triple the risk for autism spectrum disorder among twins in which autism only affected one of the children.

“That only one twin is affected by ASD [autism spectrum disorder] in some identical twin pairs suggests that environmental factors may play a role either independently or in interaction with autism risk genes,” study author Molly Losh, director of Northwestern’s Neurodevelopmental Disabilities Laboratory, said in a university news release.

“Our study of discordant twins — twin pairs in which only one twin was affected by ASD — found birth weight to be a very strong predictor of autism spectrum disorder,” she added.

The study, which was released online in advance of publication in an upcoming print issue of the journal Psychological Medicine, used data from the Swedish Twin Registry’s Child and Adolescent Twin Study.

In analyzing twins in which one baby was more than 14 ounces, or at least 15 percent heavier at birth than the other, the researchers found the risk for autism rose 13 percent for every 3.5 ounce drop in birth weight.

The study results suggested that birth weight could play a role in the complex causes of autism by interacting with a child’s underlying genetic predisposition, or likelihood, of developing the condition, the researchers said.

Losh added that because autism is a developmental disorder involving early brain development, prenatal and perinatal environmental factors, such as birth weight, may be especially important.

The researchers noted, however, their findings may not apply to children who are not part of a multiple-birth pregnancy.

While the study found an association between birth weight and autism risk, it did not prove a cause-and-effect relationship. 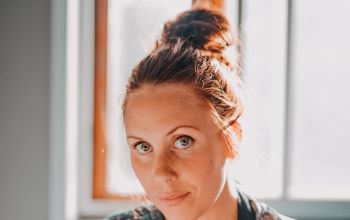 Many Women Say No to Breast-Feeding for 6 Months: Survey