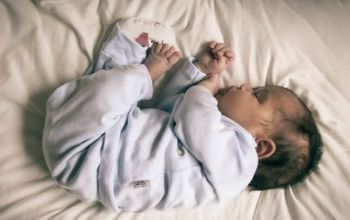 MONDAY, Feb. 7 (HealthDay News) — Babies who were formula-fed and introduced to solid foods before they were 4 months old were more likely to be obese when they were 3, researchers report.

The timing of solid foods didn’t increase the odds of becoming obese in youngsters who were breast-fed. But among children who were never breast-fed — or who stopped breast-feeding before the age of 4 months — introducing solid foods before 4 months of age was linked to a sixfold increase in the risk of obesity, according to the research, which was published online Feb. 7 and will appear in the March print issue of Pediatrics.

“Our study results suggest that adhering to the current American Academy of Pediatrics guidelines of waiting till 4 months to introduce solids has the potential to reduce the risk of obesity later on,” explained study author Dr. Susanna Y. Huh, a pediatric gastroenterologist at Children’s Hospital Boston.

Early feeding practices are believed to set the stage for later eating patterns and weight status later in life. But, previous studies hadn’t provided consistent answers as to whether or not the timing of the introduction of solid foods could make a difference in a child’s weight later in life, according to background information in the study, which was funded by the U.S. National Institutes of Health.

For this study, the researchers reviewed data on 847 children enrolled in Project Viva, a long-term study of women and their offspring. The women were initially recruited before the birth of their babies, and they were followed for at least three years.

The researchers found that 67 percent of the children were breast-fed and 32 percent were formula-fed. When the youngsters were 3 years old, 9 percent were considered obese.

Babies who were fed formula, and then introduced to solids foods before they were 4 months old, were 6.3 times more likely to be obese when they were 3 years old — an association that was not explained by early rapid growth.

No such association was found for the breast-fed infants.

“Among breast-fed infants, the timing of the introduction of solids didn’t seem to matter,” said study co-author Sheryl L. Rifas-Shiman, a research associate at Harvard Medical School and the Harvard Pilgrim Healthcare Institute in Boston.

Huh said it’s not clear why the introduction of solids before 4 months appeared to make such a significant difference for the formula-fed babies. But, the researchers theorize that “mothers of infants who are breast-fed may better understand and recognize their babies hunger and satiety cues. Mothers of formula-fed infants may not recognize these as well,” said Huh.

“This study reinforces a lot of things we normally recommend,” said Dr. Goutham Rao, director of the weight management and wellness center at Children’s Hospital of Pittsburgh. “Breast-feeding is best, and it’s a useful way to make sure your child is healthy. In terms of solid food introduction, it’s wise to delay it until 4 to 6 months,” he said.

But, there are other things that parents need to do to keep their children healthy and at a proper weight, he said.

“What is it about the introduction of solid food early that is associated with obesity? Does the family have other unhealthy behaviors? Maybe they’re allowing the child to eat fast food at two. Giving cereal at an early age may be a marker for something else that wasn’t measured in this study,” he explained.

To keep your child at a healthy weight, Rao said it’s a good idea to stick with the AAP recommendations of introducing solids at 4 to 6 months. He also said that parents should introduce cereals and vegetables before introducing sweet foods. He advised not giving children high sugar or high fat foods, and said it’s important to stay in tune with your child’s hunger cues.

“A good rule for portion size is that a meal should be about the size of a child’s fist,” he said.

Learn about the right way to introduce solid foods from the American Academy of Pediatrics. 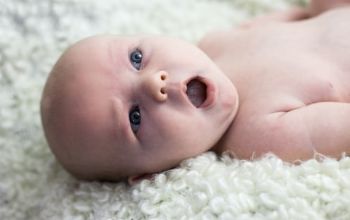 Health Tip: Does Your Baby Have GERD? Gene Might Be a Culprit in Sudden Infant Death for Boys