SATURDAY, Oct. 1 (HealthDay News) — Many American parents place their children in forward-facing car seats at too young an age, a new study indicates.

Rear-facing car seats should be used until children are 2, according to American Academy of Pediatrics guidelines.

But a national survey conducted by researchers at the University of Michigan C.S. Mott Children’s Hospital found that 73 percent of parents of children aged 7 months to 48 months switched their child from a rear-facing seat to a forward-facing seat before the age of 2.

The National Poll on Children’s Health also found that 30 percent of parents placed their child in a forward-facing seat before the age of 1.

“Parents want to keep their children safe, but they may not be aware of the safety benefits of keeping their child rear-facing beyond their child’s first birthday,” she added.

Rear-facing seats can help protect children from serous injury in the event of a front-end collision, Macy said.

“When a child is sitting in a rear-facing car seat, the stopping forces are spread out over their entire back. The back of the car seat is a cushion for the child,” she explained. “However, in the forward-facing position, all of the crash forces are focused on the points of the body that come into contact with the car seat straps. The child’s head and limbs keep moving forward, pulling against the seat.”

The poll also found that 72 percent of parents refer to the car seat packaging for information on when to use the seat in a forward-facing position, and 68 percent ask a doctor or nurse.

The Nemours Foundation has more about car seat safety. 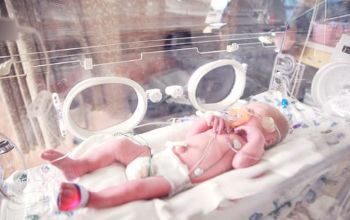 Infant Vaccines May Work Better If Given in Afternoon

In Shaken Baby Syndrome, Women as Likely to be Perpetrators as Men: Study