MONDAY, June 25 (HealthDay News) — Many young children who are allergic to milk, eggs and peanuts have serious reactions after accidental exposures caused by misread labels, cross-contact between foods or mistakes in food preparation, a new study finds.

The reactions occur in spite of parents being aware of the allergies and educated about the potential seriousness of them — a finding that experts say highlights the need for even greater vigilance to protect children from life-threatening exposures.

“The rate of reaction was higher than most of us would have anticipated,” said Dr. James Fagin, director of the Pediatric Asthma Center at Cohen Children’s Hospital of New York, who was not involved with the research. “It tells us we are not doing a good enough job educating the families about food allergies and avoidance techniques.”

The study tracked more than 500 infants with food allergies aged 3 months to 15 months from five U.S. metropolitan areas for three years. During that time, 72 percent of the kids had at least one reaction. More than half of the kids (53 percent) had more than one reaction.

In half of the reactions, the foods were given by people other than the child’s parents, such as relatives, teachers or other caregivers. Experts say parents need to make sure anyone they’re leaving their child with — from day care to schools to family — understands the seriousness of the allergy, how to avoid accidental exposure and how to treat a reaction if it occurs.

“We found a high rate of allergic reactions to three foods in the young children we were following,” said study author Dr. David Fleischer, an associate professor of pediatrics at National Jewish Health in Denver. “Over half came from non-parental figures. Other caretakers need to be educated on reading labels.”

The study appears online June 25 and will be published in the July issue of Pediatrics.

Another potential danger uncovered by the research: About 11 percent of the reactions were severe and should have been treated with epinephrine, usually via an injection from an epinephrine pen. But epinephrine was given in only about 30 percent of those cases.

Severe reactions included those in which the child had such respiratory issues as wheezing, coughing or trouble breathing, had significant swelling around the mouth and vomiting. All of those can be signs of anaphylaxis, a life-threatening reaction in which blood pressure drops and death can occur within minutes.

“Very few of the kids who had severe reactions received epinephrine, and even the ones where the parents knew epinephrine was indicated, a significant number declined to give epinephrine,” Fagin said.

An estimated 8 percent of children in the United States are allergic to at least one food, according to background information in the article, and many are allergic to multiple foods. Studies suggest food allergies are increasing in prevalence. Milk, egg and peanuts are among the most common foods that can cause allergic reactions in kids.

Keeping a child with food allergies safe requires vigilance on the part of parents, who are advised to carry a epinephrine pen at all times and to make sure that any caregiver, such as a relative or teacher, also knows how to avoid and treat a reaction.

Yet, many parents are fearful of using epinephrine even though they shouldn’t be, Fleischer said. Epinephrine is given via a pen that’s pre-loaded with the medication and is delivered via a quick poke to the thigh.

“The reality is, it’s a lifesaving medicine,” Fleischer said. “If a child is suffering from anaphylaxis, the few seconds of pain from an epinephrine injection is well worth [not] losing a child. Once parents see how quickly epinephrine works and how little it really hurts, they are much more willing to give it the next time.”

The Food Allergy Initiative has more on food allergies. 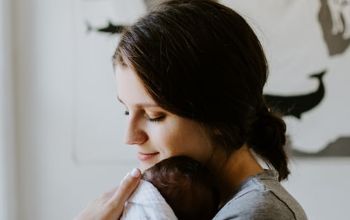 Lung Function of Late Preemies May Improve With Age