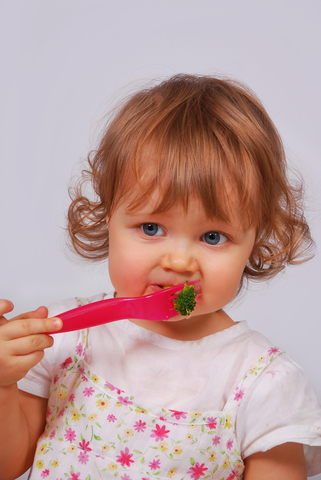 Dr Magnus Wickman at the Karolinska Institute in Stockholm, Sweden,   says they are of meaning that fatty acids and antioxidants, vitamins and essential minerals could prevent allergy. -We’ve been aware that certain diets seem to reduce the risk of allergy in infants.

Lead author of a new study and a researcher at the University of Southampton, UK, Kate Grimshaw says parents often remove certain types of food, thinking it would prevent allergies from developing, but there is little evidence to support this notion. Reducing the variety of nutrition is not necessarily the answer.

According to The Journal of Allergy and Clinical Immunology, Grimshaw and her colleagues studied the diets of 1  140 babies for the first year of their lives in an effort to determine if their diets have any influence on babies’ allergies.

The babies were grouped according to similar diets. In one group, 41 were diagnosed with allergies, leaving 82 without allergy.

The findings were astonishing: Of the babies with allergies, the ones who ate little processed foods – such as pre-made meals, potato chips, cook-on-sauce and bacon – lots of homemade food rich in nutrients with fruits, vegetables, poultry and fish, scored less.

-The analysis shows that the infants who were having more fruits and vegetables and less commercially produced baby foods and also less adult foods were the ones who were less likely to develop an allergy by the time they were two, Grimshaw says. -It’s not that they didn’t have commercially-made baby foods, it is just that they did not have them predominantly in their diet.

According to Wickman, studying food allergies is extremely difficult as there could be so many factors impacting on a human being.   It is a challenge to pinpoint all the influences, like the child’s individual risk for developing food allergy amongst others. So the study could not explicitly prove that dietary patterns exclusively caused the differences in allergy rates. The possibility still exists that it is, in fact, the actual groups of foods that can be causing the allergies. However, Wickman says that there is no evidence that cutting out certain allergenic foods like nuts, fish and eggs can prevent allergies.

-We know that there are nutrients in the diet that educate the immune system. And one could argue that if they’re not there in adequate amounts when the child’s immune system is developing, that may be one way that is working, Grimshaw says.

Either way, eating fresh or homemade foods rich in nutrients have so many documented benefits that it is worth changing your child’s diet. -Healthy food has so many good things, and maybe it also can reduce the risk of food allergy in the child, according to Wickman. Grimshaw is of meaning that the conclusions of this study are just another reason for parents to feed their children food high in nutritional value.