Babies With Pets Not Dogged by Colds: Study

MONDAY, July 9 (HealthDay News) — Babies who live with dogs and cats during their first year of life may be less susceptible to respiratory infections, such as the common cold, according to new research.

The study of nearly 400 children found that dogs were especially protective, and the babies who lived with dogs during their first year were about one-third more likely to be healthy during their first year, compared to babies who didn’t have a pet in the home. Babies with dogs in the home were 44 percent less likely to develop an ear infection, and 29 percent less likely to need antibiotics than their petless peers.

“Children who had dog contacts at home were healthier and had less frequent ear infections and needed fewer courses of antibiotics than children who had no dog contacts,” said the study’s lead author, Dr. Eija Bergroth, a pediatrician who worked at Kuopio University Hospital, in Finland, at the time of the study.

Bergroth also noted that “cat contacts did not seem to have as strong of an impact on infection frequency in multivariate analysis as the dog contacts.”

Results of the study, released online July 9, will be published in the August print issue of Pediatrics.

Previous research on pets in the home has suggested that animals, and dogs in particular, may provide some protection against the development of asthma and allergies. But, other studies have found that household pets may increase the number of respiratory infections in children, according to background information in the study.

To get a better idea of the impact of pets on a child’s health, Bergroth and her colleagues reviewed data from a study of 208 children whose mothers were recruited during their last trimester of pregnancy. The mothers were from rural areas in Austria, Finland, France, Germany and Switzerland.

The study also included data from 216 mothers living in rural or suburban areas in Finland, who gave birth at Kuopio University Hospital in Finland. After excluding children with incomplete information, researchers looked at data from 397 children overall.

Sixty-two percent of the children had a dog, and 34 percent had a cat at some time during the study. But, at the end of the 11-month study, almost two-thirds of parents said they had no dog in the home, and three-quarters said they had no cat.

Overall, children who had some exposure to dogs or cats in the home were healthier than those who didn’t. They had fewer weeks with cough, ear infections and runny noses, according to the study. They also needed fewer courses of antibiotics.

Exposure to cats also showed a protective effect, but it wasn’t as strong as the effect from dog exposure.

Bergroth said it’s not clear how dogs might offer protection against respiratory illnesses.

“One possible explanation might be that the dogs bring something inside the house — dirt, soil — that affects the immune maturation of the child, leading to more composed immunologic reactions to infectious agents later when the child comes in contact with viruses and bacteria,” she said.

A U.S. expert said the explanation might not be so simple.

“Having pets may have some positive aspects. Pets may offer some protection against developing a propensity for infections or atopic diseases, but I think the development of the immune system is very complicated,” said Dr. Jennifer Appleyard, chief of allergy and immunology at St. John Hospital and Medical Center, in Detroit.

“Parents shouldn’t feel guilty about having or not having a pet when their child is young. If you want a pet, get a pet,” she advised.

Bergroth said she wouldn’t tell parents whether or not to get a pet, but that her study’s findings suggest that there is “no reason to avoid animal contacts because of fear of infections, at least not respiratory infections.” She added that if there’s a family history of allergies, it’s more difficult to make recommendations regarding pets, and that the decision must be made on a case-by-case basis.

Learn more about potential health benefits from having a dog or cat from the American Academy of Allergy, Asthma and Immunology. 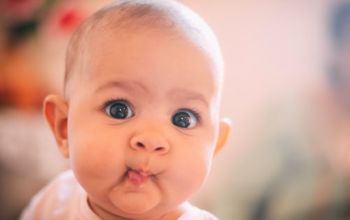 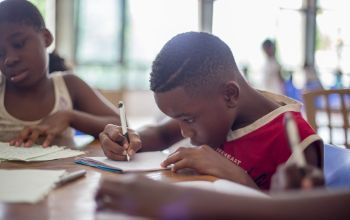