Handedness – How Early Can One Tell and Does it Matter

Einstein was left handed and so are Bill Gates and President Obama. But Hilary Clinton isn’t nor is bowling superstar Allan Donald. The subject of handedness is truly a fascinating one, and one of curiosity if you are a new or expectant parent. -Will my baby be a -lefty’ or a -righty’ or perhaps ambidextrous?’ is a question that quite a few parents have on their minds. Just imagine your ambidextrous 4-year old scribbling his ABCs simultaneously with both hands. It can be the stuff of great Youtube videos!

A righty or a lefty – The genetic influence

There are many theories explaining right and left hand dominance, but handedness remains a complex subject on which experts offer different viewpoints. While parental genes have a large part to play, the baby’s central nervous system patterns also determine handedness. So, even if you and your spouse are both right handed, your baby can be ambidextrous (which means that your baby can fling the toy hard at the TV or your face with the same accuracy and force with either hand!)

Statistics reveal that in about 90% of the cases, babies of right-handed couples are -righties’ and the same goes for left-handed couples as well. Among couples where one parent is a righty and the other a lefty, in 80% of the cases, the offspring is right-handed. Taking the example of the British Royal family, where most members are left-handed (including Prince William), you can say that handedness is largely, if not exclusively, influenced by genes.

How early can you determine your baby’s handedness?

Until babies turn two to three years old, it is near impossible to determine their handedness. This is the age where they start using either the left or right hand consistently. Once they are old enough to scribble, you get a clearer picture about their handedness. Observe your child playing a game of -catch and throw’. The dominant hand he or she uses to catch or throw the ball will give you an idea about the handedness.

Experts suggest that the preference for a particular hand, which is noticeable when the baby is about two years old, is likely to continue into adulthood. However, in some cases, your child’s handedness becomes clearly apparent only once he or she starts writing. A word of caution – don’t give your 5-year old lefty a fountain pen, or you may end up with a smudged page!

Handedness: does it matter?

If you didn’t know that the devil could write, here’s a more interesting piece of information – the devil was apparently left-handed too! This ancient belief is the reason why left handedness has unreasonably been associated with evil. Of course, you can laugh this off, we don’t live in the Dark Ages anymore.

But you will be surprised to find that there are parents who force their left handed kids to write with their right hands. There are also those who try more subtle ways to influence their child’s handedness, such as placing the fork/spoon or the glass on the child’s right at the dinner table. Over a time, parents may be able to influence or coerce the child into using the right hand, but this is really unnecessary. Give your kids a break and allow them to use the hand they are most comfortable with.

A lot has been discussed, researched and written on the subject of handedness. Some studies suggest that left handed people or ‘lefties’ are more creative than their right-handed counterparts. Some others suggest that lefties are more prone to allergies than right handed people. The bottom line is that handedness doesn’t matter much – how your children will turn out depends on a lot of factors, including how you bring them up. It is important that you accept your child irrespective of whether he or she is ‘lefty’ or ‘righty’. 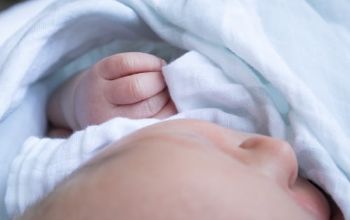 Tips For Bathing Your Newborn 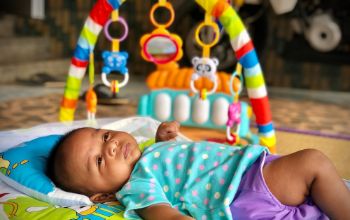