Testing for various allergies is something not frequently carried out on young babies but there are circumstances when testing is necessary. Allergy testing is usually only done on infants whose moms and dads share common or similar allergies, or if baby presents serious allergic reactions such as swelling and redness.

Common allergies among children, and which the child will eventually outgrow, include eczema, hayfever and dairy intolerance.

Many allergies, even in babies, are pretty straightforward when it comes to classifying them because the pattern of symptoms they adopt are easy to identify. But there are other allergies that are less obvious because they often -go undercover’ and present as other conditions.

If your baby is showing a serious allergic reaction, and that includes an allergy that is serious enough to cause him distress, you need to take him to the doctor. Your doctor will more than likely choose to do some tests to be sure. There are various routes of testing, depending on the allergy, your baby and the doctor’s preference. All tests are completely safe and harmless to your infant.

The most common allergy test used for this age group is the -prick test’. Small amounts of a purified form of common allergens are placed on the skin. The skin, in these areas, is gently scratched or lightly pricked in order the -break’ the skin to allow the allergen into the system.

A more accurate test, yet a little uncomfortable and perhaps a bit frightening for children, is where this purified liquid form of the allergens are injected just below the surface of the skin. This is known as the intradermal skin test.

That which your baby is not allergic to will show no change at the test sites, but if he is allergic to one or more of the allergens then a raised, reddish spot, called a wheal, will surface.

Only in extreme cases will a radioallergosorbent (or RAST) test be recommended. This is a really accurate test where the blood of the baby or sufferer is drawn and the testing is done in the laboratory. With this method, obviously, results are not immediate as with the other two forms of testing, however, it is the most accurate of all.

But when it comes to a milk allergy there is no particular test that is accurate enough. If a milk allergy is suspected your baby will more than likely have a blood test and a stool test.

Although being prone to suffering from allergies is mostly an inherited thing, your baby may present with an allergic reaction to something quite different to what either you or your partner might do. Explained more basically, you may be allergic to pollen, your partner to peanuts and your baby to dairy.

What is being tested?

The term -allergy’ is thrown around in layman’s vocabulary quite loosely, but exactly what is an allergy and how is it diagnosed?

An allergy is the term used to broadly explain an immune system response which kicks in when an allergen is taken in by the body in one of various ways. These include breathing in the allergen, having it injected into the body, being eaten in the form of various foods, or even touched. If allergic, baby’s immune system will release histamines and other chemicals that result in allergic reactions. The most common of these are runny and irritable noses resulting in difficulty in breathing, sore and scratchy throats, angry rashes and even diarrhoea.

Allergies in babies and older children should not be left untreated as they can be distressing and in some cases lead to infection, but there is no need to be unduly worried or obsessed about them. At this age your baby will eat what you give him so keep a careful note of which foods affect him negatively. This information should be kept for your doctor, never try to treat the allergy yourself.

Personalities In The Making 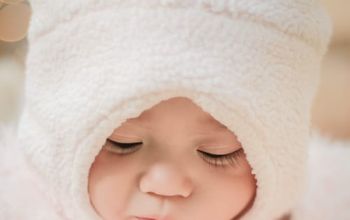 Travelling With Baby On Holiday