Weird Facts About Your Baby 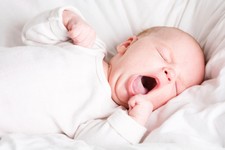 Most will agree that babies are fascinating. While some have described their appearance as alien and their language as babynese, babies are actually very advanced.

Did you know that every three seconds a baby is born in the world? That’s a lot of babies adding to the human race. Or that a baby can grow in her mother’s womb for a whole 12 months instead of nine? Yes 365 days or sometimes even longer.

Most doctors will choose to induce a pregnant mom who is overdue. Interestingly, the world’s longest pregnancy lasted 375 days and here you are complaining about being a few days late?

Baby intelligence: Most parents are certain that their babies are the world’s smartest. Eating large quantities of fish is how most moms choose to help this intelligence process along. To moms delight, studies also show that not only will you have a smarter baby if you down the hake, but your child will also develop better communications skills as a result. But if you missed out on fishy foods during your pregnancy, then you can catch up by adding fish products that contain Omega 3 fatty acids to your baby’s diet.

Strong sense of smell: Even though your baby’s tiny, she has a very developed sense of smell. By the time your baby is a week old she knows you just by your smell. This makes her feel secure when you are near. In light of this, heavy perfume, deodorants, air fresheners, washing powder and some household smells may be quite overpowering for her and might even cause stomach and ear discomfort.

Temperature control: Babies can’t control their temperatures like we can. They depend on us to do that for them. Parents need to constantly check baby’s temperature to ensure that she is not too cold or too hot. Remember that when she is cool she will move around more and when she is warm she will lie as if sunbathing.

Pooping and urinating often is normal: If adults pooped as often as babies do, then concern would be justified. However if it’s baby who constantly has to go, then there is no need to fret. Your baby can poop between two to five times a day or even more. When changing her nappy, make sure you have waterproof toweling nearby, since she could need to go again as soon as you prepare to put on a new nappy.

Children can go on eating: While parents mustn’t starve their baby, they do need to be aware that at times you will need to stop feeding especially if her tummy looks like it’s about to explode. Overweight babies are five times more likely to have a heart attack by the age of 65.

Genetically programmed: Did you know that newborn babies are genetically programmed to respond to human voices – especially female voices? Babies learn to distinguish between different sounds very quickly. That is why you are urged to constantly talk to them. This makes them increasingly aware of you as their parent and it increases bonding. Newborns prefer human speech to any other sound. Their inner ear is the only sense organ that is fully developed before birth. It reaches its adult size by the middle of pregnancy. So instead of playing music, sing to your baby, it’s much more comforting.

As blind as a bat: Babies have very poor eyesight. Their eyes are focused on a spot about eight inches away – so you need to get really close if you want your baby to see you clearly. Babies prefer looking at curved lines such as your nose and eyes. It takes a while for them to differentiate faces — even yours mom. Hold your baby close and maintain eye contact when breastfeeding so that she can familiarise herself with your face.

Stay away from smoke even after birth: As much as it was important for you not to be around smokers when you were pregnant, the same still applies when your baby is born. This applies to dust as well. Babies often sneeze and grunt in their sleep to clear their nasal passages. It’s only later on that babies can breathe through their mouth. To minimize nose blockage, keep the air in the home as clear as possible.

A little dirt never killed a baby: While parents are urged to keep baby’s clothes, cot and house clean — babies who grow up in extremely clean environments are said to be more prone to allergies. Babies need a bit of dirt to improve their immune system.

Touch is good for baby’s growth: Babies absolutely love to feel secure and touch increases this dramatically as it’s good for their well-being and growth. Touch stimulates the production of growth-promoting hormones and helps the body become more responsive to these hormones. In one survey it was shown that premature babies who were touched regularly showed 47% more weight gain.

Background noise isn’t harmful while baby sleeps: Contrary to what we may believe, babies sometimes need background noise to help them go to sleep. After all, the womb is not the quietest place. Some sounds that are known to relax and soothe babies include a recording of their mother’s heartbeat, the sound of a clock ticking, a recording of a stream, a vacuum cleaner, air bubbling through a fish tank as well as running water from a tap. Some dads will add that putting baby on the chest can rock then right back to sleep too.

Babies are resilient: Even though babies are tiny and look very fragile. There are several moms who have stories of their babies surving and coming out okay after sustaining a knock to the head. In 2000, there were a dozen newborns that survived after days under the wreckage of the earthquake that struck Mexico. Don’t under-estimate your baby, but don’t test them either.

A baby has around 10,000 taste buds unlike adults. Not only on the tongue but also on the sides, back, and roof of the mouth. Eventually these extra taste buds will disappear but they cannot taste salt until they are 4 months old.

A male fetus can get erections in the womb. This is of course a natural response to the feel good hormones from mom.

Psychologists have found that babies as young as just two days old can recognise their mothers from a tape recording of only one syllable.

Famous premature babies include Albert Einstein, Charles Darwin, Isaac Newton and Pablo Picasso, how about that.

After your baby is born, her brain more than doubles to reach 60% of its adult size by the time she is a year old. By the time she goes to crÃ¨che, the brain will by have reached its full size — but it does not finish developing until the child is in its mid-20s.

Bet your still scratching your head? 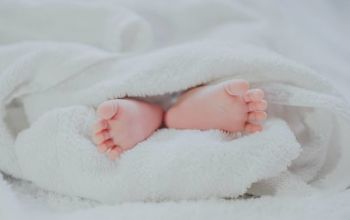