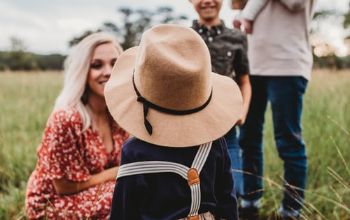 TUESDAY, Jan. 25 (HealthDay News) — There’s a worrisome uptick in the incidence of certain head and neck cancers among middle-aged and even younger Americans, and some experts link the trend to a rise in the popularity of oral sex over the past few decades.

That’s because the human papillomavirus (HPV) is a major trigger for these cancers, and HPV can be transmitted through this type of sexual activity.

“It seems like a pretty good link that more sexual activity, particularly oral sex, is associated with increased HPV infection,” said Dr. Greg Hartig, professor of otolaryngology–head and neck surgery at the University of Wisconsin School of Medicine and Public Health in Madison.

According to Dr. William Lydiatt, professor and chief of head and neck surgical oncology at the University of Nebraska Medical Center in Omaha, the overall incidence of head and neck cancers is going down, largely because fewer people are smoking (tobacco and drinking are the major traditional risk factors).

But the incidence of cancers of the tonsil and base of the tongue have been going up over the past decades, he said. And those are the ones that are more likely to test positive for HPV.

“It’s gotten to the point now where 60 to 70 percent of all tonsil cancers in the U.S. are HPV-related,” Lydiatt said.

Although the link between HPV and these types of cancers is indisputable, the association with oral sex is strong but a little more speculative, experts say.

A 2007 study in the New England Journal of Medicine found that younger people with head and neck cancers who tested positive for oral HPV infection were more likely to have had multiple vaginal and oral sex partners in their lifetime.

In the study, having six or more oral sex partners over a lifetime was associated with a 3.4 times higher risk for oropharyngeal cancer — cancers of the base of the tongue, back of the throat or tonsils. Having 26 or more vaginal-sex partners tripled the risk.

And the association increased as the number of partners — in either category — increased.

The researchers also reported that cancers of the tonsil and base of the tongue have been increasing every year since 1973, and wrote that “widespread oral sex practices among adolescents may be a contributing factor in this increase.”

The researchers concluded that in their study, oral sex was “strongly associated” with oropharyngeal cancer, but noted that they could not “rule out transmission through direct mouth-to-mouth contact” such as French kissing.

In 90 percent of cases of HPV infection in the body, the immune system clears HPV naturally within two years, according to federal health agencies, but in some cases, certain types of HPV can lead to cervical cancer or less common malignancies, such as oropharyngeal cancer. A 2010 Swedish study, in fact, suggested that the rise in oropharyngeal squamous cell cancer in a number of countries “is caused by a slow epidemic of HPV infection-induced [cancers].”

HPV tends to be site specific, explained Dr. Amesh A. Adalja, an adjunct instructor in the division of infectious diseases at the University of Pittsburgh Medical Center. In other words, it tends to stay wherever it first enters the body, be it the vagina (which in some cases could lead to cervical cancer), or the mouth and throat.

So does the increase in incidence mean that recent generations are having more sex than their grandparents?

“The general consensus on the street is that because people’s [sexual] practices have changed over time, we’re seeing an increase in these cancers,” said Hartig. “I don’t know why they’re having more oral sex [but] the concept of having oral sex is something that seems less obscure to you than it did to your parents or grandparents.”

“The thought would be that the Baby Boomers — the 60s and early 70s generation — probably had more freedom in sexual relationships in general, including oral sex,” added Dr. Bert W. O’Malley, Jr., chair of otorhinolaryngology–head and neck surgery at the University of Pennsylvania.

And at least in terms of oral sex, that appears true for those younger than Boomers.

The U.S. Centers for Disease Control and Prevention (CDC) reports that, in 2002, some 90 percent of males and 88 percent of females aged 25 to 44 reported ever having oral sex with a partner of the opposite sex.

Comparable figures from 1992 showed that about three-quarters of men aged 20 to 39 and closer to 70 percent of women aged 18 to 59 having ever given or received oral sex.

The silver lining is that the HPV-related head and neck cancers are eminently more treatable than those attributable to smoking or drinking, even though they tend to be diagnosed at a later stage.

“[HPV-related head-and-neck cancers] have been a lot easier to treat. You can use less-intensive radiation,” said Dr. D.J. Verret, clinical assistant professor at the University of Texas Southwestern Medical School and a plastic surgeon in Plano, Texas.

About 85 percent of non-smoking people with HPV-positive tumors survive. That number drops to 45 or 50 percent in people who smoke and are HPV-negative, Lydiatt said.

And tongue and tonsil cancers remain relatively rare in the United States. The other good news — at least for the younger set — is that there is a relatively new vaccine to prevent against HPV infection. It’s not going to help those who are already infected, but it “absolutely” could help those who aren’t yet infected with the ubiquitous virus, Verret said.

Meanwhile, people, especially younger people, need to realize that smoking is not the only risk factor for head and neck cancer. If you find a lump in your neck, even if you’re only 20 or 30, “pay attention to it,” Lydiatt said.

The U.S. National Cancer Institute has more on head and neck cancers. 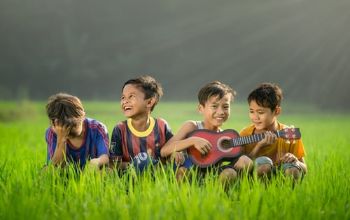 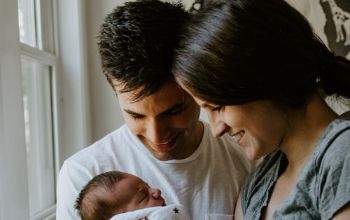 It Might Be the Mites: How to Rid Your Home of These Creatures 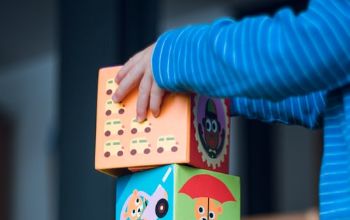