×
Home For You
For You 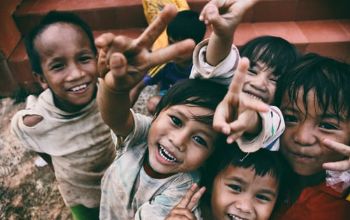 This week we remember all the brave and spirited women who came before us and those who walk among us! We salute each of them for the contributions they have made to the lives of other women and to men. This week we commemorate women of all ages and of all races!

We rejoice in the amazing achievements that every woman has made – no matter how small or how insignificant she may believe her contribution to be. We lift up the all single, hard working mothers who play the roles of both parents, we salute women who had the courage to walk away from abusive relationships and we hope that those still being abused will find their strength to do the same. We applaud working mothers and moms who have chosen stay at home and we marvel at the unconditional love which adoptive moms bestow upon children that they have adopted and love as their own.

We also take the time to spare a thought for elderly grandmothers who are caring for and raising their grandchildren because their daughters or sons are no longer with us. No matter where you are in your life’s journey – we celebrate your life as a woman!

As Helen Reddy sang more than 30 years in her song I am woman – hear me roar -Oh, I am woman, I am invincible, I am strong Throughout the ages women have displayed remarkable strength and courage. Women before us have overcome extraordinary odds and they have achieved incredible feats.

Women who have changed the world for the better

It’s no surprise that Oprah Winfrey is featured on the list of 50 women who have changed the world.  Oprah’s early life was far from easy and besides being subjected to abject poverty, Oprah was sexually abused from an early age. But despite the fact that all odds were stacked high up against her, she attained her college degree and began working as a news anchor for a local TV station. It was thought that her emotional style was not a match for news reading and the station transferred her to a failing daytime talk show. It didn’t take long before Oprah made a hit of the ailing show and eventually her own show was born – the Oprah Winfrey Show. Having just recently ended her 25 year reign as the queen of talk shows, Oprah has changed and touched the lives of millions of people (around the world).

The Oprah Winfrey Show has covered controversial topics which few others were bold enough to explore. Topics which related to sexual abuse, spousal abuse, parenting, substance abuse, gay and lesbian issues, etc. The show created a platform on which women were given the strength to remain true to themselves and to value themselves as women. Through Oprah, men and women were shown that nothing is impossible and blaming your parents, your spouse or you past mistakes were not excuse enough and that by following our own calling – we can achieve greatness!

Vanity Fair stated “Oprah Winfrey arguably has more influence on the culture than any university president, politician, or religious leader, except perhaps the Pope”

Who has ever heard the name Grace Hopper? Grace is a little known woman, born in 1906. Grace’s claim to fame was that she invented one of the first easy-to-use computer languages, which was a huge advance in the field of computer programming. Considering that when Grace wrote programmes, computers were as futuristic as flying cars are today – it is a remarkable achievement! Grace was often referred to as “Amazing Grace” or as “The Grandmother of the Computer Age” and she was born before Ford launched his first Model T and before women had the right to vote. Grace recognised a need for more “user-friendly” language in English which would enable a lot more people to work with computers, and she was the pioneering force behind COBOL, a computer language that allows for easier access.  Grace passed away in 1992 and was honoured for her -Amazing’ achievements in 1994!  Today we use computers daily and adding Grace Hopper to the list of incredible women seems very fitting!

Marie Stopes was born in 1880. She began her career as a paleobotanist (the study of plants) but today, Marie Stopes is remembered for her achievements in family planning and in sex education. Marie opened the first family clinic in 1921 and in 1918, her book -Married Love promoted equality in marriage.  Today family planning clinics named after Marie Stopes are found in just about every country throughout the world and since inception these clinics have helped millions of women providing them with the freedom of choice.

We may not know much about Sheila Kitzinger but she has changed the lives of thousands of women. Shelia’s claim to fame is as a childbirth activist and is an avid promoter of natural childbirth. Her campaigns focus on informing women and arming them with information that will help them make the right choices for them. She also advocates the benefits of home birth to women who are classed as low risk. Sheila’s research includes work on women’s experiences of antenatal care, birth plans, induction of labour, epidurals, episiotomy, hospital care in childbirth, children’s experiences of being present at birth, post traumatic stress following childbirth and the many different messages that touch can give during childbirth.

Sheila Kitzinger has devoted her working life to making women feel good about themselves. As Britain’s premier earth mother she, more than anyone, has been responsible for a more natural approach to childbirth and an increase in breastfeeding – You Magazine

These are just a few of the extraordinary women who have touched and changed the lives of others. However as we celebrate Women’s Day in South Africa, let us not forget the true heroines of the day! The thousands of women who staged a national march on the 9th of August 1956 armed with a petition against the legislation that demanded that all African persons carry a “pass”. Siyakuhlonipha!

You may not have written a computer program, campaigned for equal rights or hosted a successful TV talk show for over two decades as our phenomenal women heroines have but to many you are a champion and superwoman in your own right! To the children who look up to you and to the men who honour and cherish you – you have made a major difference in their lives and August the 9th is your day!

-I am woman, you can bend but never break me – ’cause it only serves to make me more determined to achieve my final goal and I come back even stronger
– Helen Reddy
Tags: 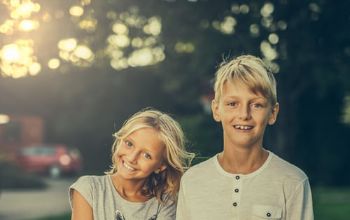 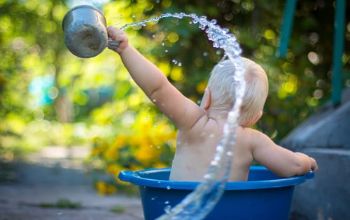 Are We Poisoning Our Children With Cleanliness? 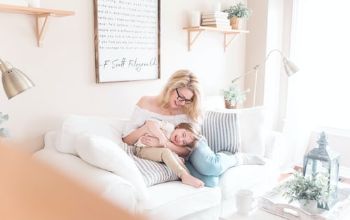