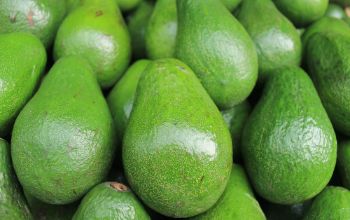 Instructions
1) Preheat the oven to 200 degrees Celsius.
2) Spread the peppers out on a baking tray, cut-side down, and cook in the centre of the oven for 20minutes, until skins have blackened. Remove peppers from the oven and transfer them to a plastic freezer bagâ€”and leave to cool.
3) When cold, remove and discard the skins. Chop the flesh afterwards. Reduce the oven temperature to 160 degrees Celsius.
4) Cook the potatoes in boiling, salted water for 10 minutes. Add the green beans to the pan and cook for a further 4 minutes, until the vegetables are tender. Remove the pan from the heat and drain well.
5) Leave the vegetables until they’re cool enough to handle, and then slice the potatoes. Spread about half the sliced potatoes, half of the red pepper and half of the chopped thyme over the base of the roasting tin. Scatter over about half the peas, and then season with salt and pepper.
6) Lay the beans on top, then add the remaining vegetables and thyme, and season. Lightly beat together the eggs and cream and pour over the vegetables. Cut each of the goat’s cheeses into 4. Lay the slices on top and grind some pepper on top.
7) Bake the tortilla in the centre of the oven for about 60 minutes or until it’s a light golden colour and the egg mixture has set. Remove the tortilla from the oven and leave it to cool.
8) Cut into 12 portions and serve warm or cold, garnished with springs of thyme. 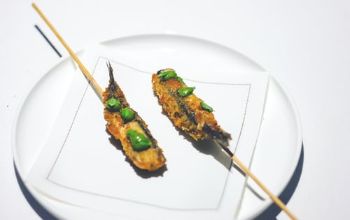 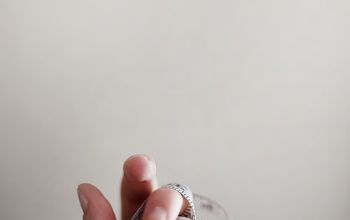 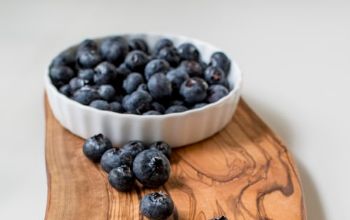