Identifying If Your Child Is Gifted 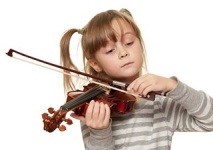 Every parent hopes to find that their child is gifted. There are various degrees of being gifted and there is a way to identify them. Every aspect of a gifted child will make him feel different from other children his age.

Therefore if you suspect that your child is gifted, it’s best to place him in an environment with similar children, where he will be understood and identify with those around him.

A gifted child has the talent to excel in a specific field or subject. More often than not an Intelligence Quotient or IQ test will confirm if the child is gifted, although it not the only aspect of being gifted. The degrees of intelligence are grouped as follows:

Understanding the difference between gifted and bright

Distinguishing between being gifted and being bright is no easy task. By definition a gifted child will have an IQ of or above 140. A gifted child has the potential develop an exception talent, but this developing talent will need to be nurtured for it to develop into adulthood.

A bright child will have the following characteristics:

A gifted child will have the following characteristics:

In most cases a gifted parent will give rise to gifted children. As a result of this a gifted child is often seen as -normal’ because the parent has the same characteristic, as well as the various definitions of gifted. The best way to determine if your child is gifted is to compare achievement of milestones from infancy.  A gifted baby may display some common super sensitivities, such as being very emotional and having his feelings hurt easily, being sensitive to the surrounding environment, such as being upset by a sudden and loud noise, in some cases in early infancy a baby may get niggley if facing the same direction for a period of time. Genetic giftedness has been proven through various tests and continuous research. More tests are being run on a routine basis to try to determine what part the genetic component plays in the overall intelligence of the child.

When to have your child tested

Firstly it should be determined why you want to have your child tested. Is it for schooling purposes? Is it to determine if your child is eligible for a gifted program? Or is it just to confirm what you suspect, that you have a gifted child?

It’s debated on when a child should be tested, although the general age that most agree on is after four and before nine. Before four, the results are likely to be inaccurate due to the unpredictable behaviour of the child. After nine, the testing may be inaccurate due to various factures including the test ceiling which is the highest possible score for that specific test .Ceilings vary from test to test, and within a test, from subtest to subtest. They also vary based on the child’s age. There are two ways to identify a ceiling. First, if the child answered any more questions correctly, could she score any higher on the subtest? If the answer is no, she could not score any higher, then it is a ceiling.  Second, was the termination criteria for the subtest reached? Tests have specific requirements for stopping a subtest. Commonly, the student must get less than x questions correct of the last y questions asked. If the child did not reach the termination criteria, he had hit the ceiling.

The implications of being gifted

Despite the endless and bountiful bragging rights a parent will have, there is a very dark side to being a gifted child. These children often suffer with perfectionism and fear of failure, resulting in the child not trying something new and different. The child’s advanced sense of humor and reasoning may be misunderstood by peers, resulting in him becoming socially withdrawn. Due to his high intelligence he may try to outsmart and manipulate adults, if he succeeds he may become very insecure as, with any child, he will need guidance and stability. He may take criticism and even general anger very personally, often playground squabbles might affect him deeper than they should, causing him to become withdrawn.

Every child is unique and has the ability to excel in something, whether it is baking, reading or the ability to make his parents laugh. If you know that your child is gifted but no one else notices, chances are the biggest gift he has is having you as a parent.