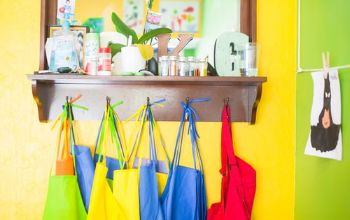 FRIDAY, June 10 (HealthDay News) — Preschool children with symptoms of attention-deficit/hyperactivity disorder (ADHD) have a smaller-than-normal structure in the brain that plays an important role in cognitive and motor control, new research shows.

The finding may help efforts to develop ways to treat the common behavioral disorder in the early stages, according to the researchers at the Kennedy Krieger Institute in Baltimore.

In the study, high-resolution MRI was used to examine the brains of 13 preschoolers with ADHD symptoms (including inattentiveness and impulsivity) and 13 without ADHD symptoms. The scans showed that children with ADHD symptoms had a significantly smaller caudate nucleus, a small structure in the subcortical region of the brain.

In addition, the smaller the child’s caudate nucleus, the greater the level of ADHD symptoms reported by parents, the investigators found.

“Clinically, this abnormal brain development sets the stage for the symptoms of ADHD that contribute to cognitive challenges and problems in school,” lead author Mark Mahone, director of neuropsychology at Kennedy Krieger, said in an institute news release.

“Earlier identification and treatment of children presenting with attention problems in the preschool years may minimize the impact of ADHD in the long-term,” he added.

The study was published in the June 9 online edition of the journal Clinical Neuropsychologist.

ADHD is the most common child behavioral diagnosis in the United States, affecting about 2 million children.

The U.S. National Institute of Mental Health has more about ADHD.

Help Your Kids Stay in Shape

Health Tip: Does Your Child Have a Seasonal Allergy?