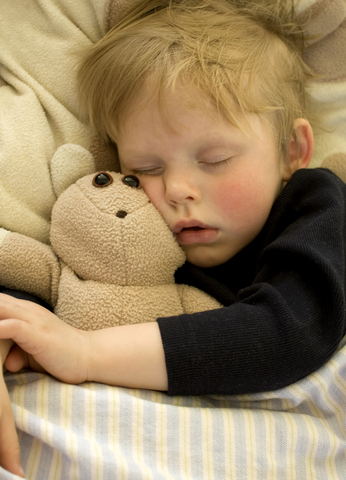 According to a study published online in July, having an inconsistent bedtime routine could significantly impact cognitive performance in children.

Some 11 178 children, that were a part of the UK’s Millennium Cohort Study (a long-term study of infants born between 2000 and 2002), were used in the study at the University College London that measured children’s bedtimes and cognitive abilities.

They gathered data about bedtimes for children at three ages: three, five and seven. In the three-year-old group, 20% didn’t have a consistent bedtime; at age five it saw a decrease to 9,1% and at age seven it dropped even further to 8.2% – showing that the older the children got, the more their bedtime evened out. Other factors like family routines, demographics and socioeconomics were taken into consideration.

At seven, the children’s reading, mathematical and spatial proficiency were measured. “Those who had irregular bedtimes at all three ages had significantly poorer scores than those who had regular bedtimes,” according to Dr Amanda Sacker, the director of the International Centre for Life Course Studies in Society and Health at University College London. According to the study, the time of going to bed didn’t really make such a difference than the regularity of the bedtimes – whether the child went to sleep a little bit earlier or later didn’t have an impact – as long as they maintained consistency.

Dr Sacker says, “The surprising thing was the later bedtimes weren’t significantly affecting children’s test scores once we took other factors into account … I think the message for parents isâ€¦maybe a regular bedtime even slightly later is advisable.”

A child’s cognitive functioning might be hurt by disruptive bedtimes, as it works against circadian (biological processes occurring at 24-hour intervals) rhythms. Other ailments may develop, such as sleep deprivation that affects the plasticity of the brain when it is at the most vital stages of the development of the brain.

So how much sleep is enough?

Shalini Paruthi, director of the Pediatric Sleep and Research Centre at SSM Cardinal Glennon Children’s Medical Centre at Saint Louis University is of meaning that children at school-going ages should be getting as much as 10 hours of sleep, while toddlers from three to four years of age, could require as much as 11 to 13 hours each night (that includes naps during the day). She recommends winding down for 15 minutes before bedtime. You can loosen up a bit over weekends and holidays, but don’t overdo it. Dr Paruthi indicates that a deviation of an hour would do no harm, but says, “The internal clock in the brain and the body like to have consistency every day.”

Parents Say They Want to Teach Sex Ed to Their Kids