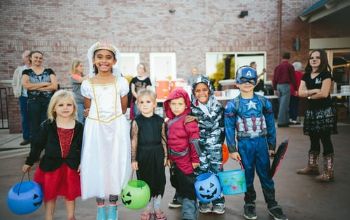 TUESDAY, Oct. 25 (HealthDay News) — Training parents in how to manage children’s problem behaviors can improve the conduct of preschool children with symptoms of attention-deficit/hyperactivity disorder (ADHD), according to a new report.

The researchers also found insufficient evidence to support the use of ADHD medications in children younger than 6 years of age, but two drugs are generally safe and effective for older children.

There are four main types of parent behavior training, aimed at teaching parents more effective discipline strategies that use rewards and nonpunitive consequences. These strategies also promote a positive and caring relationship between parents and children.

For children younger than age 6 with ADHD or other disruptive behavior disorders, these programs are effective and there is no reported risk of complications, according to the research conducted by the McMaster Evidence-based Practice Center in Ontario. The research was conducted on behalf of the U.S. Agency for Healthcare Research and Quality (AHRQ).

However, one major roadblock to the success of parent behavior training occurs when parents drop out of the programs, the authors of the report noted in an AHRQ news release.

The team also examined the use of medications in kids with ADHD. For children age 6 and older, the drugs Ritalin (methylphenidate) and Strattera (atomoxetine) are effective in controlling ADHD symptoms without significant risk of harm for up to 2 years, but there is little research on their effectiveness and possible risks when used for longer than that, the report stated. Symptoms of ADHD include impulsive, inattentive or overactive behavior.

“ADHD can place many challenges on families with young and school-age children,” Dr. Carolyn M. Clancy, director of the AHRQ, said in the agency news release. “This new report and these summary publications will help children, parents and their doctors work together to find the best treatment option based on the family’s values, preferences and needs.”

About 5 percent of children worldwide are estimated to have ADHD, and boys are twice as likely as girls to be diagnosed with the condition, which is most commonly identified and treated while children are in primary school.

The U.S. National Institute of Mental Health has more about attention-deficit/hyperactivity disorder.

When a Parent Dies Suddenly, Child’s Grief May Persist