Tonsils – Should They Stay Or Go? 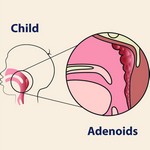 Moms with preschoolers who suffer from regular bouts of tonsillitis are usually happy to accept when a pediatrician or doctor recommends that their child undergoes a tonsillectomy. There are however, medical professionals who are now questioning the importance of tonsils and some experts are now suggesting that kids hang onto their tonsils, rather than having them removed.

Moms may be under the impression than the tonsils are no good and should be yanked out at the first sign of trouble but – there is a reason why they are there and as such, the question is – should tonsillectomies be performed and if so, which kids are to be considered as prime candidates for this operation? When making any decision in life concerning the health of their kids, moms will need to examine the facts, discuss their concerns with their healthcare provider and this will allow them to make an educated decision.

What are tonsils and why do they make our kids so ill?

Tonsils are quite harmless in fact, and are simply made up of tissue and are situated on both sides of the throat (they sit just under the jaw bone). The aim of the tonsils are to help ward off infections (the first line of defense), however, although they are meant to be the protectors of the body, they often become infected themselves and this is what leads to tonsillitis. Kids who have infected tonsils will suffer from a severe sore throat, pain when swallowing, a high fever and enlarged glands. The high fever is the body’s defense mechanism for fighting off the infection.

Although the symptoms are relatively easy to spot, children who are suspected of suffering from tonsillitis will need to pay a visit to their doctor, who will confirm if the tonsils are indeed infected. The doctor will probably prescribe a course of antibiotics and may also order a throat culture be done, as a strep throat is often masked by the same symptoms (strep throat is common in young children and will also need to be treated with a course of antibiotics).

Why were tonsils removed in the first place?

In years gone by, doctors were under the impression that surgical procedures were the answer to all human suffering and as such, up until the early 1970s it became the norm to remove tonsils, even if there was little or no evidence of recurrent tonsillitis. In later years, the medical profession began to question the ideas of their predecessors and as such, by the mid 1970s the number of tonsillectomies performed was drastically reduced.

The trend of not performing tonsillectomies is again changing, as recently the modern doctor is exploring if there is a link between a child’s health and infected tonsils and in fact they have discovered that kids who have had their tonsils removed have a better overall health, they sleep better, and they have a better appetite. So in hindsight, perhaps the doctors from yesteryear were on the right track.

Recent studies now indicate that kids who suffer from persistent tonsillitis and who do not have their tonsils removed, especially kids who have severely enlarged tonsils, are more susceptible to illnesses with their tonsils in place, than if they were to be removed. This means that keeping tonsils, simply because they are there and they may help to fight infections later in life, does not hold water. Experts are going so far as to state that humans have actually -outgrown’ their need or use for these primitive -infection combating’ tools and if kids are suffering because of infected tonsils – they should be taken out.

If tonsils are doing what they are supposed to be doing and the child does not suffer from tonsillitis – there is no need to undergo an operation. In cases where the tonsils are continually infected, the child’s immune system will be left vulnerable and to this end, infections will constantly occur.

There is also little evidence to suggest that an adult with in-tact tonsils will be any healthier than those who have had their tonsils removed, as in adolescence the tonsils tend to shrink in size and they become less effective against fighting infections. There is also evidence that suggests that adults who still have their tonsils suffer from sleeping disorders later in life, and that their tonsils (especially if enlarged) cause snoring because the airways are obstructed.

Doctors will not customarily suggest a tonsillectomy, unless a child:

There are many in the medical community who believe that tonsillitis can be treated with natural remedies, or that by boosting the child’s immune system, they will be less susceptible to infections and will therefore be able to beat tonsillitis.

Most moms feel that they are in a catch-22 situation and often leave the decision-making up to the medical professionals who suggest that the tonsillectomy be done. Tonsillitis is painful and the high fever can be dangerous – while other moms feel that they don’t really want to put their children through the risk of an operation. Parents must remember that tonsillectomies are not just done on a whim and a doctor will only recommend the procedure if he or she feels that it is the best, long-term approach.

Dealing with recurrent bouts of tonsillitis will cause kids to miss days off school (when they start at primary school) and working moms will also need to factor in absences off work in order to take care of their sick child (tonsillitis can last for days) or they will need to find alternative childcare solutions.

Teaching Your Child Charity At Home