Truth…Or Dare To Tell It 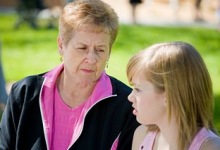 So the angel who can do no wrong in your life has actually told you a lie! And you’re devastated because your child is a liar!? No! He’s not a liar, but he does tell lies, just like adults and children alike.

Generally though, children will lie quicker and easier than the average adult. The reasons children lie so easily can be varied and can be as a result of deep set emotional problems. But more commonly they will act this way out of fear for their actions done or not done and therefore the response from their parents or teachers.

Many children resort to telling lies in an attempt to protect themselves from parents’ and teachers’ judging and criticising them and telling them they are bad for telling lies. Children believe these character knocks, which obviously affects their self-esteem. Another common reason children lie is to stay in favour, to be loved and liked by parents and teachers.

But the bottom line is that children who lie are not defective or immoral. They usually simply lie for the same reasons that adults do and that is that they are afraid of punishment, feel threatened or don’t want to feel rejected. Therefore, we need to help the child deal with the reasons behind their lying.

Start by helping your child to understand that we (and he) can learn from the mistakes we make. Let him understand that when punishment is metered out it is not coming from a hateful place, but that that is how we all learn. Starting in the home, explain to your child that this is a safe place and that it’s a place where lies are avoided at all costs. And then follow your convictions.

Be open with your child by sharing small examples of when it was difficult for you to tell the truth and what the consequences were when you did. These consequences may be different to how you would deal with a similar situation, so tell your child that, too. Show appreciation for their honesty and ensure they always know that they are loved unconditionally. Do not label your child by calling him -bad or a -liar . This will only have severe negative connotations and do him a great injustice.

Many times a second or third lie is told in order to keep the first lie covered. Children need to be taught how this ball can roll and gather more and more lies along the way.

It is obviously understandable that you can’t keep your children from lying, but you can make lying a less rewarding route for them. As we know most lies come from self protection, and you can help by not creating a situation where your child feels pressured to lie or suffer the consequences.

Try to keep the conversation focused on what happened or what the problem is, rather than casting blame. Don’t cross-examine him but rather remember that the object of talking with your child is to communicate with him. Acting like the army will simply make him close down, not open up, to you.

When dealing with your child’s lies remember that lies are merely a misguided attempt at survival.