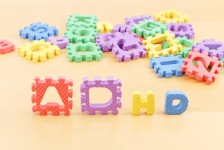 Attention Deficit Hyperactivity Disorder, also known as ADHD is a genetic disorder, and children with this disorder are likely to have missing or duplicated segments of DNA.

-A lot of people talk about ADD and ADHD as if they’re two different things, reserving ADHD for those kids that are hyperactive and ADD for those who aren’t, says Dr Shabeer Jeeva, an ADHD specialist psychiatrist – who was diagnosed with the disorder himself.

-However both are simply generic terms used to describe Attention Deficit Hyperactivity Disorder, and don’t really describe the type of ADHD a person has, says Jeeva.

There are three types of ADHD namely:

1. ADHD, Inattentive type – A child with this type will struggle to pay attention to detail and will become easily distracted or forgetful. The child has trouble processing information and may seem dreamy, shy or withdrawn. Most people refer to this type of ADHD as ADD.

2. ADHD, Hyperactive- Impulsive type – Children with this type mostly show signs of hyperactivity or impulsivity, such as fidgeting, having trouble staying in his seat, talking a lot, being constantly on the go, interrupting others, and having trouble waiting for his turn.

3. ADHD, Combined type – This occurs when there are symptoms of both mentioned types of ADHD.

Children can be diagnosed with ADHD from as young as 4 years old.

How is it diagnosed and treated?

ADHD is diagnosed after an intensive assessment is done, based on detailed history of the child. Treatment is also available.

A child with mild symptoms of ADHD can manage with a low carbohydrate, high protein diet, exercise, behaviour modification and support from school.

However if the symptoms are severe, than he may need medication. Parents with children who have ADHD say tension-releasing activities at school, including swimming, ballet, netball, chess, piano and choir can also help.

Some children with ADHD can concentrate well in certain situations but not in others. This can cause several problems in the classroom. Teachers can get frustrated with these children and sometimes children are misdiagnosed.

In South Africa, many public school teachers have received some additional training to help identify children who may have the disorder. But assessment costs still remain very high, and most parents can’t afford this.

Retalin has a negative stigma surrounding it. This is a schedule seven drug, as it works on the feel good centres of the brain, and like any medication it can become addictive if it is abused. This becomes especially true if it is used by someone who doesn’t have ADHD – as it also offers an energy boost.

According to studies, the use of stimulants by a person with ADHD actually protects them from becoming drug addicts. An untreated person has a 75% chance of substance abuse compared to 18% in a non ADHD person. But when ADHD is treated, the risk drops from 75% to 25%.

According to parents with children with ADHD and on Retalin, there are initial fears when deciding to put your child on the drug.

Some fears include putting your child into a zombie state of being, but after using the drug, many say that they find that it makes their child less aggressive. Your child will also be able to control their impulses and focus — which also boosts self esteem.

Common side effects of Retalin include:

But all of these are treatable symptoms. Although there is no current cure for ADHD, symptoms can be treated and reduced.

Teaching Your Child To Ride A Bicycle

TV – How Much TV-Watching Is Too Much?

When Is Naughty Too Naughty?