Babies Born to Obese Mothers May Have Low Iron: Study

THURSDAY, July 12 (HealthDay News) — Obese women who become pregnant may give birth to babies with low levels of iron, a new study reveals.

The findings suggest that overproduction of an iron-regulating hormone, known as hepcidin, can interfere with the transfer of iron from an obese woman to her unborn child.

Children born with iron deficiency are at greater risk for developmental delays in their motor and thinking skills, the researchers noted.

The study was released online in advance of publication in an upcoming print issue of the Journal of Perinatology.

“The data on the impact of low maternal iron levels on the fetus comes from undernourished populations,” the study’s first author, Dr. Sarbattama Sen, a neonatologist at Tufts Medical Center and an assistant professor of pediatrics at Tufts University School of Medicine, said in a university news release. “To the best of our knowledge, ours is the first study to demonstrate that obesity might hamper iron transfer from mother to child and offers some insight into the mechanism of how it occurs.”

During pregnancy, a woman’s hepcidin levels remain low to improve the transfer of iron to her unborn baby. Obese adults, however, have been shown to produce higher levels of hepcidin than people with a normal weight. Too much of this hormone, the study authors noted, can interfere with the transfer of iron from a mother to her developing fetus.

The research, from the Jean Mayer USDA Human Nutrition Research Center on Aging at Tufts University and The Mother Infant Research Institute at Tufts Medical Center, examined 15 obese pregnant women and 15 pregnant women with a normal weight. The investigators conducted blood tests on the women during their second trimester. They also used cord blood to assess the iron status of their newborns.

Being born to an obese mother with high levels of hepcidin was associated with lower iron status at birth, the researchers found.

“When there is excess hepcidin in a cell, it binds to and inhibits the function of ferroportin, the protein that allows iron to pass through the cell membrane and into the bloodstream,” senior study author Simin Nikbin Meydani, director of Tufts’ Human Nutrition Research Center on Aging, explained in the release.

The study’s first author, Maria Carlota Dao, a doctoral student at the center, added: “The chronic low-grade inflammation that can result from being obese triggers an abnormal immune response, increasing production of proteins that increase hepcidin levels.”

However, the authors added that more research is needed to investigate the link between obesity and hepcidin levels and the iron status of newborns before any changes are made to the dietary recommendations for obese pregnant women.

“During pregnancy, women should try to eat a varied, healthy diet while taking the standard prenatal vitamins recommended by their doctors,” Sen said. “Weight-gain goals should be based on a woman’s BMI prior to becoming pregnant.” BMI, or body mass index, is a measurement that takes into account height and weight.

While the study found an association between maternal obesity and infants’ iron levels, it did not prove a cause-and-effect relationship.

The American Academy of Family Physicians has more about iron deficiency in infants. 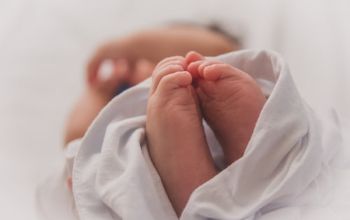 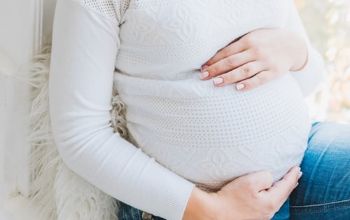