Can Weight-Loss Surgery Reverse Common Cause of Infertility? 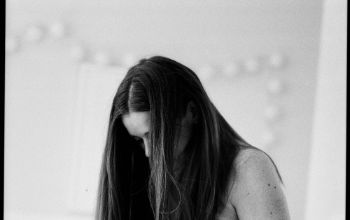 WEDNESDAY, June 15 (HealthDay News) — Weight-loss surgery may reverse a common cause of infertility in women, a small, new study suggests.

Polycystic ovarian syndrome (PCOS) is a hormonal imbalance that affects up to 10 percent of women of child-bearing age. An estimated one-third to one-half of women with PCOS are overweight or obese, according to the American Society for Metabolic & Bariatric Surgery (ASMBS).

Researchers at the University of Iowa Hospitals and Clinics in Iowa City reviewed records on 566 morbidly obese women who had gastric bypass surgery. Morbid obesity is having a body mass index (BMI) of 40 or more. The women in the study had an average BMI of 52 and lost substantial weight after surgery.

Researchers contacted 20 women between the ages of 22 and 42. Of those, 14 were fertile prior to surgery and had no interest in having more children, while six women had been diagnosed with infertility and wanted to have children.

Three years after surgery, all six had become pregnant.

“Not many patients come to a bariatric surgeon to treat infertility problems,” study co-author Dr. Mohammad Jamal, a clinical assistant professor of surgery, said in an ASMBS news release. “But this study suggests that women with morbid obesity, who are infertile secondary to PCOS, may have a new surgical option. Many other studies have shown bariatric surgery can improve or resolve a multitude of diseases and conditions. It appears that infertility now joins that list.”

The study was to be presented Wednesday at the ASMBS annual meeting in Orlando.

“Though this is a small study, it has a big result and should be an area for more investigation and should be discussed with morbidly obese women who are having difficulty conceiving,” Jamal said.

Women are advised not to try to get pregnant until at least 18 months after bariatric surgery because of physical changes that might harm the fetus.

Experts note that research presented at meetings is considered preliminary until published in a peer-reviewed medical journal.

The U.S. National Institute of Child Health and Human Development has more about PCOS.