TUESDAY, Jan. 11 (HealthDay News) — The steady, long-term decline in the U.S. abortion rate stalled in 2008, and there has been an alarming increase in the number of abortion providers reporting harassment, a new study shows.

Among large nonhospital abortion providers (those who perform 400 or more abortions a year), the report noted a “disturbing” increase in the percentage who say they’ve experienced anti-abortion harassment, from 82 percent in 2000 to 89 percent in 2008.

In particular, harassment was more common among abortion providers of all sizes in the Midwest and the South. The most common form of harassment was picketing (reported by 55 percent of providers), followed by picketing combined with blocking patient access to facilities (21 percent), according to the study, which is based on a survey of all known abortion providers in the United States.

“In this time of heightened politicization around abortion, our stalled progress should be an urgent message to policymakers that we need to do more to increase access to contraceptive services to prevent unintended pregnancy, while ensuring access to abortion services for the many women who still need them,” Sharon Camp, Guttmacher president and CEO, said in an institute news release.

In 2008, 59 percent of all known abortion providers offered early medication abortion, which uses a combination of two drugs instead of surgery.

“That early medication abortion is becoming more widely available is good news,” study author Rachel Jones said in the news release. “U.S. government reports have shown that abortions are increasingly occurring earlier in pregnancy, when the procedure is safest. Increased access to medication abortion is helping to accelerate that trend.”

The study appears online and in the March print issue of the journal Perspectives on Sexual and Reproductive Health.

The American Academy of Family Physicians has more about abortion. 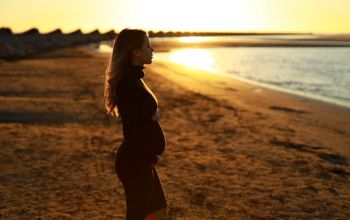 Health Tip: If You Have Severe Morning Sickness

Being Born Only Week or Two Early Raises Risks for Baby