Eating Disorders May Raise Risk of Depression in Pregnancy 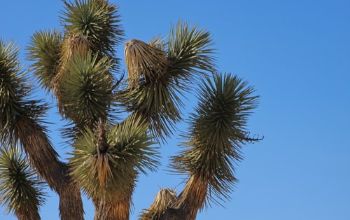 WEDNESDAY, June 22 (HealthDay News) — Although depression strikes one in 10 women during pregnancy or shortly after giving birth, those who have had an eating disorder or suffered physical or sexual abuse are more likely to develop the condition, according to a new study.

WEDNESDAY, June 22 (HealthDay News) — Although depression strikes one in 10 women during pregnancy or shortly after giving birth, those who have had an eating disorder or suffered physical or sexual abuse are more likely to develop the condition, according to a new study.

This means that screening for mental health problems should become a routine part of prenatal care, concluded researchers from the University of North Carolina at Chapel Hill School of Medicine.

“Pregnancy and the postpartum period is a very vulnerable time for women” — and an ideal time for intervention, the study’s lead author Dr. Samantha Meltzer-Brody, director of UNC’s Perinatal Psychiatry Program, said in a university news release.

The drastic changes in the shape of a woman’s body — as well as her weight and hormone levels during a time of major life transition — can be especially difficult for those with a history of psychiatric issues, she added.

In the study, published in the June issue of the Journal of Women’s Health, researchers surveyed 158 pregnant and postpartum women undergoing treatment for depression. They found that one-third of the women reported a history of eating disorders, such as binge eating, bulimia and anorexia. Many also had a history of physical or sexual abuse.

The investigators concluded that these mental health factors may increase a woman’s risk for depression during pregnancy or right after delivery. They also said the findings could help doctors identify high-risk patients and get them treatment before pregnancy-related depression harms the women, their children and/or other family members.

“Screening by obstetrical providers is really important because they can refer patients for appropriate treatment,” said Meltzer-Brody. “And that can prevent long-lasting problems for mom and baby.”

The long-term consequences of pregnancy-related depression can be significant. Children of depressed mothers, the study authors pointed out, are more likely to develop mental health problems. Moreover, when a mother has an eating disorder, their child may also be at risk of developing an eating disorder.

“The message we need to get out is that these things are incredibly common and routine screenings need to occur,” said Meltzer-Brody. “[Pregnancy] is a time when people are really motivated to make changes and get treatment, because that can have serious consequences for how you do and for how your children do.”

In the United States, an estimated 6 percent to 8 percent of women have had an eating disorder and an estimated 25 percent have experienced physical or sexual abuse.

WomensHealth.gov has more information on pregnancy and depression.

Older Dads Can Pass on Gene Mutations That Lower Intellect