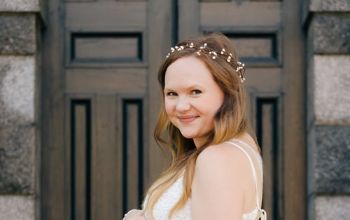 FRIDAY, May 25 (HealthDay News) — Pregnant women who received a flu shot to protect them against the H1N1 swine flu virus had a significantly reduced risk of stillbirth, preterm birth and of having a baby small for gestational age, according to a new study.

The researchers examined data from nearly 56,000 single-child births that took place in Ontario, Canada, during the 2009 H1N1 pandemic.

There was no increase in adverse outcomes for H1N1-vaccinated mothers and their babies during the weeks before and just after birth, according to the researchers at the Ottawa Hospital Research Institute, the CHEO Research Institute, and the University of Ottawa.

The study is published in the June issue of the American Journal of Health.

“These are all significant results, but especially interesting is the finding that the vaccinated mothers were one-third less likely to have a stillborn child,” lead author Deshayne Fell, said in a hospital news release. “This is one of the only studies large enough to evaluate the association between maternal flu vaccination and stillbirth — a very rare event.”

The U.S. Department of Health and Human Services has more about H1N1 flu.