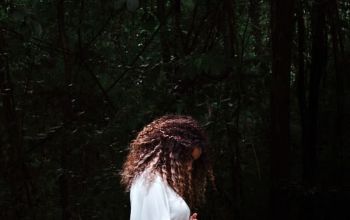 TUESDAY, July 3 (HealthDay News) — Drinking five or more cups of coffee a day may cut in half a woman’s chance of successful in vitro fertilisation treatment, a new study contends.

The Danish researchers who conducted the study said the effects of a five-cup-a-day coffee habit are similar to the negative effects of smoking.

“Although we were not surprised that coffee consumption appears to affect pregnancy rates in IVF, we were surprised at the magnitude of the effect,” Dr. Ulrik Schioler Kesmodel, of the Fertility Clinic at Aarhus University Hospital in Denmark, said in a news release from the European Society of Human Reproduction and Embryology.

The new research found an apparent association between coffee consumption and the success of fertility treatments, but it didn’t prove that a cause-and-effect relationship exists.

Previous research investigating the link between caffeine and fertility has yielded inconsistent results. The Danish researchers followed nearly 4,000 women undergoing IVF or intracytoplasmic sperm injection treatment for infertility. Information on how much coffee the women drank was collected at the beginning of treatment and at the start of each additional round of treatment.

After taking into account other factors that could have an impact on the women’s ability to get pregnant — such as age, smoking habits, alcohol consumption, cause of infertility and body-mass index (a measure of body fat based on height and weight) — the study showed the likelihood of pregnancy was reduced by 50 percent in women who reported drinking five or more cups of coffee daily at the start of treatment.

The researchers noted that no effect was found when the patients reported coffee consumption of less than five cups.

“There is limited evidence about coffee in the literature, so we would not wish to worry IVF patients unnecessarily,” Kesmodel said. “But it does seem reasonable, based on our results and the evidence we have about coffee consumption during pregnancy, that women should not drink more than five cups of coffee a day when having IVF.”

The study’s findings were expected to be presented Tuesday at the annual meeting of the European Society of Human Reproduction and Embryology in Istanbul, Turkey.

Research presented at medical meetings should be viewed as preliminary because it hasn’t undergone the same level of scrutiny required of studies published in peer-reviewed journals.

The U.S. National Institutes of Health has more information on in vitro fertilisation.

Eating Chips While Pregnant Can Cause Underweight Babies: Study

Caffeine May Interfere With Fertility in Women

Rules Help When Talking About Infertility