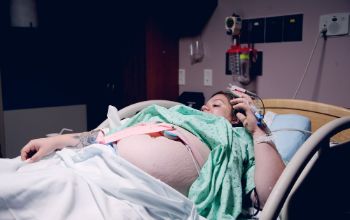 THURSDAY, May 24 (HealthDay News) — Preeclampsia, a dangerous spike in a woman’s blood pressure during pregnancy, may predispose offspring to high blood pressure in childhood and young adulthood, a new study finds.

From early in life, these children have distinct cardiovascular risk factors that may put them at risk for health problems later on, the British researchers said.

“A pregnancy complicated by preeclampsia is an early warning sign that both the mother and offspring are going to be at greater risk of developing high blood pressure later in life,” said lead researcher Dr. Paul Leeson, from the department of cardiovascular medicine at the University of Oxford in England.

The findings suggest a need to monitor these children, the authors said. “There is likely to be value in considering a history of preeclampsia to understand better a person’s risk of developing high blood pressure,” Leeson said.

The report, published May 21 online, appears in the June print issue of Pediatrics.

For the study, Leeson’s team reviewed 18 studies published between 1948 and 2011 that dealt with cardiovascular risk factors of children and young adults exposed to preeclampsia and those not exposed.

This type of study, which involved more than 45,000 individuals, is called a meta-analysis and is designed to look for common patterns in unrelated studies.

In their analysis, the researchers found that kids exposed to preeclampsia had higher blood pressure readings in childhood and as young adults, compared with those who were not exposed.

Over time, this difference in systolic blood pressure would increase a person’s risk of death from heart disease by about 8 percent and stroke by 12 percent, the authors said.

Children and young adults exposed to preeclampsia also had a higher body mass index (BMI) than children not exposed, the researchers say. BMI, a calculation of body size based on height and weight, is another risk factor for cardiovascular disease.

The study does not prove that preeclampsia causes cardiovascular disease, however. It merely shows an association between the two.

“It may be obesity that is driving this,” added Meirowitz. More pregnant women are obese, which is a risk factor for preeclampsia.

Obesity in pregnancy is a modifiable risk factor, Meirowitz said. “There isn’t enough attention paid to it and the effect it can have on children later in life,” she said.

For more information on preeclampsia, visit the U.S. National Library of Medicine.

Pregnant and sleep deprived? The implications 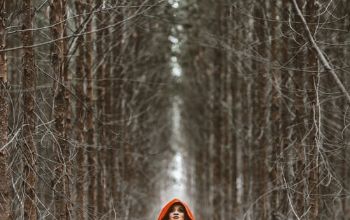 Environment May Be Especially Key to Autism: Study