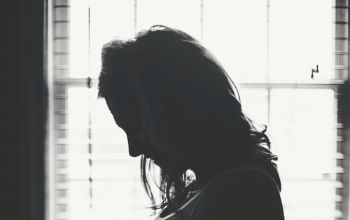 MONDAY, Feb. 20 (HealthDay News) — Infants of mothers who smoke or use nicotine replacement therapy during pregnancy are more likely to have colic, a new study finds.

Colicky babies cry inconsolably for several hours a day, and researchers in the Netherlands found that exposure to nicotine — either from cigarettes or nicotine replacement therapy — was associated with a significantly increased risk of colic, ranging from 30 to 60 percent.

“The theory is that there are nicotine receptors in the GI [gastrointestinal] system and nicotine receptors that alter serotonin, and these alterations affect the babies after birth, causing colic,” Dr. Jennifer Wu, an obstetrician-gynecologist at Lenox Hill Hospital in New York City, said. Serotonin is believed to promote feelings of well-being.

The researchers looked at data on interviews with more than 63,000 mothers included in the Danish National Birth Cohort. Interviews were done during pregnancy and six months after they had their babies.

About 8 percent of babies had colic. Colic, which usually starts when a baby is a few weeks old, involves crying excessively for at least three hours a day, more than three days a week, for more than three weeks.

The causes of colic aren’t well understood, nor are the reasons why nicotine might raise the risk of colic, Wu said. Prior research has also shown smoking to be associated with colic. However, these studies do not prove cause and effect.

The study is published online Feb. 20 and in the March issue of Pediatrics.

According to the U.S. Centers for Disease Control and Prevention guidelines for treating tobacco dependence, “it is not recommended to use nicotine replacement therapy when treating pregnant women,” Jacobsen said.

Instead, he tries counseling and behavioral therapy, even hypnosis, to help women overcome the addiction.

“A very small percentage of women continue to smoke throughout their pregnancy. Most women, when they find out they’re pregnant, are able to quit,” he said.

Wu agreed that there are cultural differences between Danish and American women. “It’s very rare that you have a patient that smokes regularly, who is of childbearing age and who hasn’t quit long before they’re trying to have a baby,” she said.

However, occasionally a woman just can’t seem to stop. In that case, Wu and Jacobsen said they might turn to nicotine replacement.

Smoking during pregnancy is associated with low-birthweight babies, which can affect their growth and development throughout life. Smoking is also associated with spontaneous abortion, stillbirth and sudden infant death syndrome, Jacobsen said.

Colic, though frustrating and difficult, typically passes after a few weeks or months.

“Nicotine replacement is not the recommended treatment, but when women are still smoking in high amounts and are exposing themselves and their fetus to all these toxins, it is sometimes thought to be the lesser harm,” Jacobsen said.

One of his patients, for example, tried behavioral therapy to no avail. While pregnant, she used a nicotine inhaler for about two weeks, and then was able to stop smoking, he said.

“Colic can be hard on the parents. It’s a nuisance … but the physical effects the tobacco causes on the fetus are worse,” Jacobsen said. “They can cause death or severe problems throughout the lifespan.”

The Nemours Foundation has more on colic. 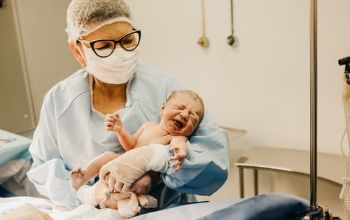