The investigators from the NYU Langone Medical Center found that a key immune system pathway is turned off following implantation, so that immune cells are not called in to harm the growing fetus. Without this process, the researchers noted, preterm labor, miscarriage or a dangerous medical condition called preeclampsia could result.

The study was published recently in the journal Science.

According to lead investigator Dr. Adrian Erlebacher, an associate professor of pathology at the medical center, the study “addresses a fundamental question, namely, how do the fetus and placenta, which express antigens that are disparate from the mother, avoid being rejected by the maternal immune system during pregnancy?” The answer, he explained in a center news release, “was completely unexpected at every level.”

Findings of the study

Normally, the immune system produces chemokines, which trigger immune cells to attack foreign tissues, such as occurs in the typical tissue rejection response that occurs following an organ transplant.

During pregnancy, however, women’s immune cells come into contact with the foreign antigens of their developing fetus and placenta, but this rejection response does not take place. To investigate why this happens, the researchers examined the decidua, the structure that contains the fetus and placenta.

The findings showed that when a woman becomes pregnant, the genes responsible for calling immune cells are turned off inside the decidua, protecting the developing fetus. The study authors explained that an “epigenetic change,” or a non-hereditary change, takes place in the DNA of the cells of the decidua that deactivates the chemokine genes. When this happens, the typical immune system response is deactivated at the site of embryo implantation.

“It turns out that the cells that typically secrete the chemoattractants to bring the T-cells [the cells that accumulate and attack tissue] to sites of inflammation are inhibited from doing so in the context of the pregnant uterus,” Erlebacher said. “The decidua appears instead as a zone of relative immunological inactivity.”

In addition to pregnancy, the study authors said their findings could also have implications for autoimmune diseases, organ transplantation and cancer.

“This is a very exciting finding for us because it gives a satisfying explanation for why the fetus isn’t rejected during pregnancy, which is a fundamental question for the medical community with clear implications for human pregnancy,” Erlebacher said. And, he added, it could lead to new methods for treating many other conditions and diseases.

The U.S. National Library of Medicine has more about the immune system. 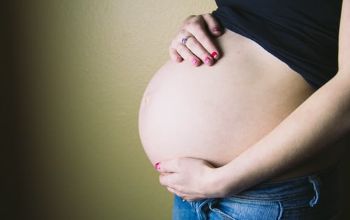 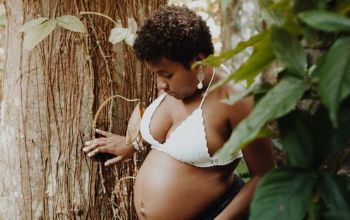