THURSDAY, Dec. 8 (HealthDay News) — A stressful early pregnancy could lower a woman’s odds for delivering a boy and raise her risk for premature delivery, a new study suggests.

The findings from an investigation of how the stress of a major 2005 earthquake affected pregnant women in Chile suggest that pregnancy can be impacted by exposure to stress itself rather than the factors that often accompany or cause stress, such as poverty, the researchers said.

The investigators analyzed the birth certificates of all the babies born in Chile between 2004 and 2006, which was more than 200,000 per year. The birth records provided information about the babies and their mothers, including how close the mothers lived to the epicenter of the magnitude 7.9 earthquake.

Reporting in the Dec. 8 issue of Human Reproduction, the study authors found that exposure to the earthquake during the third month of pregnancy reduced the ratio of male to female births.

“Generally, there are more male than female live births. The ratio of male to female births is approximately 51:49 — in other words, out of every 100 births, 51 will be boys. Our findings indicate a 5.8 percent decline in this proportion, which would translate into a ratio of 45 male births per 100 births, so that there are now more female than male births. This is a significant change for this type of measure,” Dr. Karine Kleinhaus, an assistant professor of psychiatry, obstetrics & gynecology, and environmental medicine at New York University, said in a journal news release.

This finding may be related to previous research, which has found that male fetuses tend to grow larger than females and need more resources from the mother, and therefore are more likely to miscarry in times of stress. In addition, male fetuses may be less robust than females and may be less capable of adapting their development to a stressful environment in the womb.

The study also revealed that women who experienced the earthquake during their second and third months of pregnancy had shorter pregnancies and were more likely to have premature babies.

Earthquake exposure had no statistically significant effect on the risk of having a premature baby boy, the researchers noted.

The March of Dimes has more about stress and pregnancy. 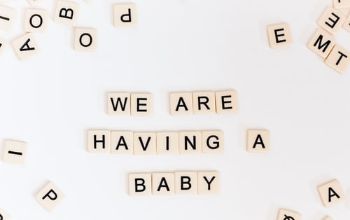 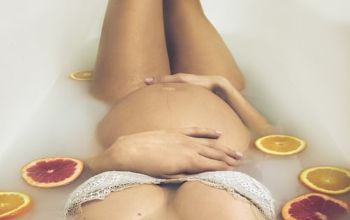 Antibiotics in Pregnancy May Shield Newborns From Strep B