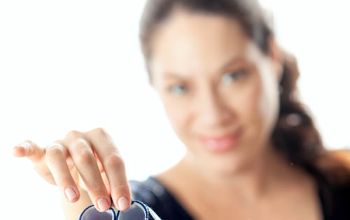 WEDNESDAY, Jan. 4 (HealthDay News) — The birth rate for twins in the United States has jumped by 76 percent since 1980, government health officials reported Wednesday.

Most of the increase appears linked to new fertility treatments that make it easier for older women to conceive, according to a report released by the U.S. Centers for Disease Control and Prevention.

“The growth in twin birth rate has occurred in all age groups, although the largest growth has been among older mothers,” said study lead author Joyce A. Martin, an epidemiologist in the Division of Vital Statistics, Reproductive Statistics Branch at CDC’s National Center for Health Statistics.

One reason for the increase is that mothers have been a little older, Martin said, “and women in their 30s are more likely to have a multiple birth.”

However, only about one-third of the rise in twin births is attributable to the mother’s age, Martin said.

“Most of the increase is likely the result of fertility-enhancing therapies, which is also more common among older mothers,” she said.

Other highlights of the report:

While most twins are delivered safely and grow up fine, twin birth does carry added danger to both infant and mother, Martin noted. “The growth in twinning has added to the number of infants that are born at risk,” she said.

“More than half of twins are born low birthweight, compared to less than 10 percent of singleton births,” she said. In addition, about one in 10 twins is born very low birthweight, putting them at risk for long-term health problems and death, Martin said.

Upped risks also exist for mothers of twins, Martin said, and include a higher odds for Cesarean delivery, gestational hypertension and diabetes, she said.

About 90 percent of twins are born via C-section, Martin noted.

Will American women continue to see an increase in twin births? “The pace of increase has declined somewhat in recent years,” Martin said, “but it’s too soon to say whether that trend will continue.”

It’s possible that, due to changes in infertility treatments, the twin birth rate may be slowing, Martin said. “As the baby boom generation ages out and reproductive therapies become more refined that might lessen the twin birth rat,” she said.

Multiple births in Western Europe and other countries during the 1980s and 1990s have also increased, the authors note, and these are also associated with maternal age and infertility therapies.

This report deals only with twins, but the growth in the number of multiple births is even more “dramatic,” and the outcomes are even more “problematic,” Martin said.

Dr. George Attia, an associate professor of OB-GYN and director of the division of reproductive endocrinology and infertility at the University of Miami School of Medicine, said technology is helping to reduce the number of twin births.

“Twins and multiple births is one of the unwanted effects of fertility treatment,” Attia said. “We are moving towards a single-embryo transfer to reduce the risk of multiple pregnancy,” he said. “I am sure the rate will keep falling as technology improves.”

Having fewer multiple births will also reduce the risks to infants and mothers, Attia agreed.

For more on U.S. birth rates, visit the U.S. Centers for Disease Control and Prevention. 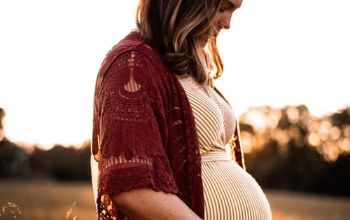 Male Heart Disease May Be Linked to Mom’s Lifetime Nutrition