Pregorexia: putting your baby at harm with excessive dieting and exercising 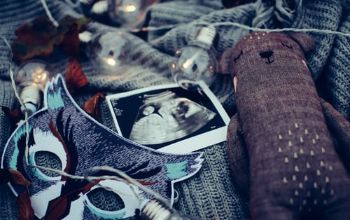 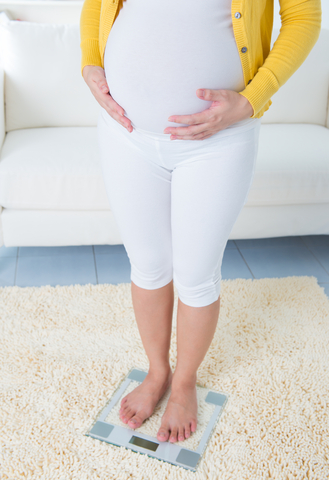 Are you staring down at the scale over your pregnant belly, dreading the outcome? Is your weight becoming an obsession? Are you going to extreme lengths to keep your body from picking up the natural weight while you are pregnant, which is somewhere between 11.3kg to 15.8kg. You are not alone: it is estimated that 30% of women in the US do not gain enough weight while pregnant, according to the chief medical officer at the Eating Recovery Centre in Denver, Colorado, Dr Ovidio Bermudez.

Eating disorders specialist and trauma therapist Maggie Baumann, devotes some of her time to pregnant women and mothers who suffer from eating disorders. For Maggie this subject hits home, as she herself suffered from what the media call pregorexia – an obsession about gaining weight while pregnant. This can come in the form of excessive exercise, intense dieting, binging and purging.

However, not all mothers concerned with gaining too much weight can be considered as having an eating disorder, according to Bermudez: -I think you’ve got to be careful not to overdraw conclusions… But I think there is a significant number for whom this is really another struggle, another manifestation of their eating disorder-related pathology. And those are probably the folks that are going to take it more to an extreme and the folks more likely to suffer their own health consequences as well as putting their pregnancy and the foetus, the baby, at risk.

For Baumann, she just could not go over to action and do something about the fact that the present symptoms were harming her baby and were directly related to her behaviour. She experienced bleeding in her uterus at 11 weeks, and her doctor urged her to immediately stop exercising. But by then her mental instability was of such nature that she couldn’t stop. At seven weeks the baby was still too small and wasn’t getting sufficient nutrients.

Her recollection of the events was as follows: -It did not register to me like, -OK, now I need to start trying for this baby. I was like -Oh well, I won’t go to the gym, I’ll just go and exercise somewhere else. I’m doing what I’m supposed to be doing but not really.’

Baumann kept this a secret – she exercised extensively, counted calories and restricted her eating habits to the extreme.

But this was nothing new to her. Baumann had struggled with eating disorders her entire life and even into her pregnancy could not stop. She constantly beat herself up about it – she felt horrible. In her own words: -The biggest factor is the shame because what mom … would be restricting her calories or over-exercising and hurting her baby?

-I would say for women who know that they have a history of poor body image and disordered eating to really take that seriously as they enter into pregnancy and to be up-front about that history with your prenatal and post-partum healthcare providers, says Mysko, co-author of the book Does this pregnancy make me look fat. 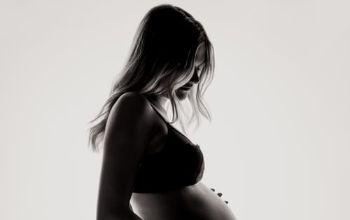 Getting Around Common Pregnancy Problems