When One Becomes More: Multiple Birth 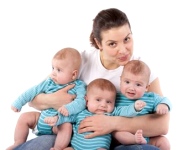 A multiple birth is the term used for when more than one baby is carried to term during a single pregnancy. The most common forms of multiples are twins or triplets.
Multiple births in a single pregnancy can occur for a number of reasons. Although the following are not always the causes, some of the main reasons for multiple births can include the race of the mother, more than one previous pregnancy, fertility treatments, an hereditary factor, and a pregnancy later in life.

Race of the mom – women of African origin have have a higher likelihood of multiple pregnancy.

A little help – fertility procedures will significantly intensify a woman’s chances of having a multiple birth.

The hereditary factor – a woman can expect to have a higher chance of having a multiple pregnancy if multiple birth pregnancies are prominent in her family history.

Later in life – although the reason is not known, a woman who falls pregnant later in life is also much more likely to have a multiple pregnancy than if she fell pregnant earlier in life.

When the babies are identical it means that one of the mother’s eggs splits after it is fertilised. Identical multiples carry the exact same genetic material and therefore are also the same sex, they look the same, have the same colour hair, eye colour and blood type because they come from the same fertilised egg.

Fraternal multiples refers to when a woman releases more than one egg during her ovulation and these are fertilised individually. The babies will appear no different to each other than ordinary siblings resemble each other.

Higher orders of multiple births is the term used for three or more babies in one pregnancy.

The highest number of human multiple births to survive are octuplets, which are eight babies born from one pregnancy.

Identical or fraternal, or a combination of both, may occur during higher order multiple births.

The most common danger with multiple births is that the babies do not get to grow full term. Generally, multiple births never reach full term and during her pregnancy, mom generally needs a lot of bed rest. Even with twins the babies are more likely to be born premature, hence the need for mom to rest during her pregnancy because each day the babies can stay in the womb gives them more of a fighting chance once they are born.

Premature babies are at a higher risk of suffering from various health problems and therefore your doctor will have put in place various measures to protect your babies during and after the birth process.

Twin births are fairly common and usually, with the right care, are born healthy enough to survive with the right initial medical care. But especially due to their low birth weights there is a risk involved. But it goes without saying that any multiple birth pregnancy requires good health and excellent nutrition. 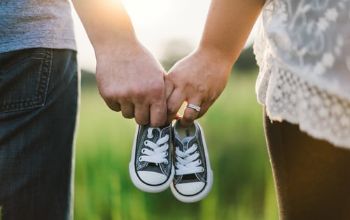