Toddlers are getting crafty with smart phones 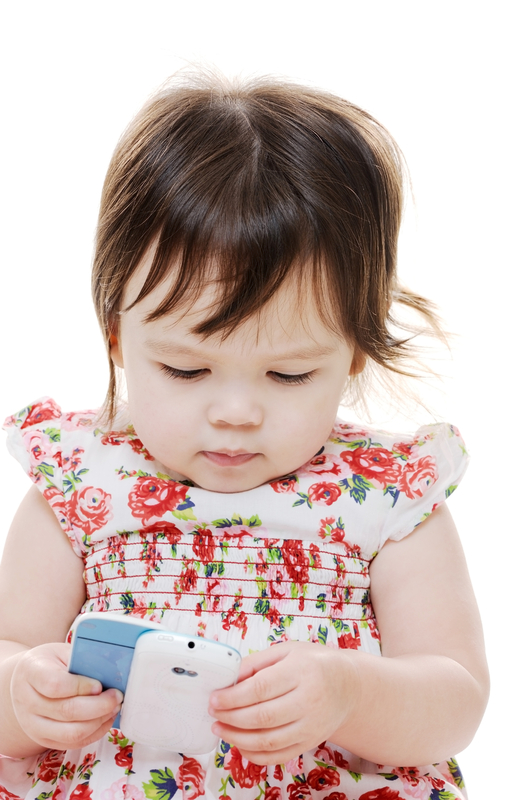 Its 10:00 on a Saturday morning. Mom and dad are enjoying a cup of coffee and reading a newspaper while junior is being calmed down and distracted by playing on a tablet or smart phone. Unusual?

An Australian research indicates that almost half of all toddlers up to two years old have played with a mobile device. It also reveals that 15% of that group can also operate a home entertainment system. That rises it to 31% of three- to five-year-olds and a third of six- to eight-year-olds.

The study of 750 Australian adults across the continent who have an internet connection included questions about how children interact with technology and was conducted by media intelligence firm Magna Global.

The two most popular gadgets used by the toddlers were iPads followed by Wi-Fi-enabled laptops.

Victor Corones, managing director of Magna Global explained that the study was intended to get an adult’s perspective on what children were doing with technology and how it might be impacting on them.
”As children get older there are definitely more and more technology options available to them. TV was my only entertainment device as a child growing up.”

Dr Jordy Kaufman is a child psychologist and founder of the Swinburne BabyLab. He studied how children interact with devices. ”Given the massive uptake of mobile device use by young kids, we can be said to be engaged in a grand sociological experiment where no-one knows what the results will be,” he said.

Dr Kaufman says -just because we do not know the outcome that does not mean the use of devices is negative. There are opportunities for learning from iPads that did not exist before. ‘Certainly some people argue that kids will not learn to handle boredom gracefully because they are on these devices instead of staring out the car or cafe window asking, ‘Are we there yet? It’s important to realise that the doom and gloom scenario is really an untested hypothesis at this point.”

In a real home

Antoinette Maye from Parramatta is a credit risk manager at a commercial bank in Australia. She has two children, Patrick, almost six, and Zoe, almost three, who are skilful with devices and use them every day.

The family use the devices as a distraction on trips and as a regular part of their day when they would normally go and watch television.

Patrick can make his own Lego animations. Zoe knows how to make her own story movies. ”It takes their imagination to another level,” Mrs Maye said. Zoe can find the Play School app, family photos and YouTube. She watches what her brother watches, which is Lego animations.

Mrs Maye explains that it has kind of replaced the traditional entertainment and as they get older she finds that they have to police it.

-‘The six-year-old knows how to navigate and read and write; we have to be in the same room as him. Even the Lego animations can be quite violent – if Zoe is watching at the same time we have to say, ‘Patrick, that is not appropriate,” Mrs Maye said.

Health Tip: Is Your Child Ready for a Tricycle?

Understanding Numbers Isn’t as Simple as 1, 2, 3